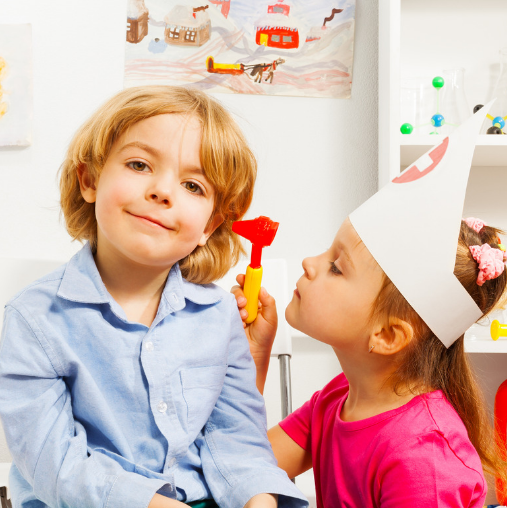 History of the Otoscope

When you go to the doctor, how often do you think about the tools used by your healthcare provider? Typically, when a person is looking around the doctor’s office, he or she spends most of his or her time hoping that none of those tools will be used. But, how often does one think of the history of these items? Many medical tools have a rich history and one of those tools, the otoscope, happens to be incredibly important to ear health.

What is an otoscope?

Before going into the history, first we should learn a bit more about how the Otoscope is used. An Otoscope, or an ear speculum, is a device that assists doctors in examining the nasal and aural (ear) passages of the patient. Everyone that has ever been in a doctor’s office has seen one of these hanging on the wall, or even in the doctor’s pocket. It consists of a long handle, and on the head is a magnifier that the doctor peers through, and a light to better see the area he or she is inspecting. The end of the Otoscope is used to examine the patient without damaging the ear or nasal canal. Whenever a patient comes into an office complaining of blockage or pain within the ear or nose, the Otoscope is the first thing the doctor reaches for. While most patients are pretty familiar with what the Otoscope does, few likely know the history of the tool.

History of the otoscope

The beginning of the Otoscope’s history can be traced all the way back to France in 1363. At that time, French physician and surgeon Guy de Chauliac envisioned a tool that could help diagnose patients complaining of ear or nose pain. The actual device was not created until a German surgeon and a medical device salesman – Wilhelm Fabry and J.J. Perret – created the first prototypes in the 1600s and 1700s, respectively. The first Otoscope was shaped more like a pair of tongs than the device you are accustomed to seeing today.

In the middle of the 19th century, in Germany, the modern Otoscope really began to take shape. Wilhelm Kramer, a German Otologist, developed a steel ear speculum with a funnel on the end. Kramer’s speculum, as it became to be known, was the primary device used by physicians until 1881, when A. Hartmann created a design that mostly resembles today’s look.

What is interesting to note is that while most medical devices have evolved over last 100+ years, the Otoscope has pretty much remained the same over that same period. Although now  a bit sleeker and more lightweight, the design, as well as the technology, have not changed appreciably, while the need to diagnose acute otitis media (AOM) more accurately has increased dramatically in the age of microbial resistance.

Taking the guesswork out of ear health

Being that it is essentially a penlight and magnifying glass, the otoscope can only see the surface of the eardrum, not what’s going on behind it, in the middle ear, where the diseases such as AOM reside. That’s where the OtoSight™ Middle Ear Scope comes in!

OtoSight helps to determine the presence or absence of fluid in the middle ear, characterize the type of fluid, visualize the fluid’s density, and can do all of this even in the presence of significant wax.