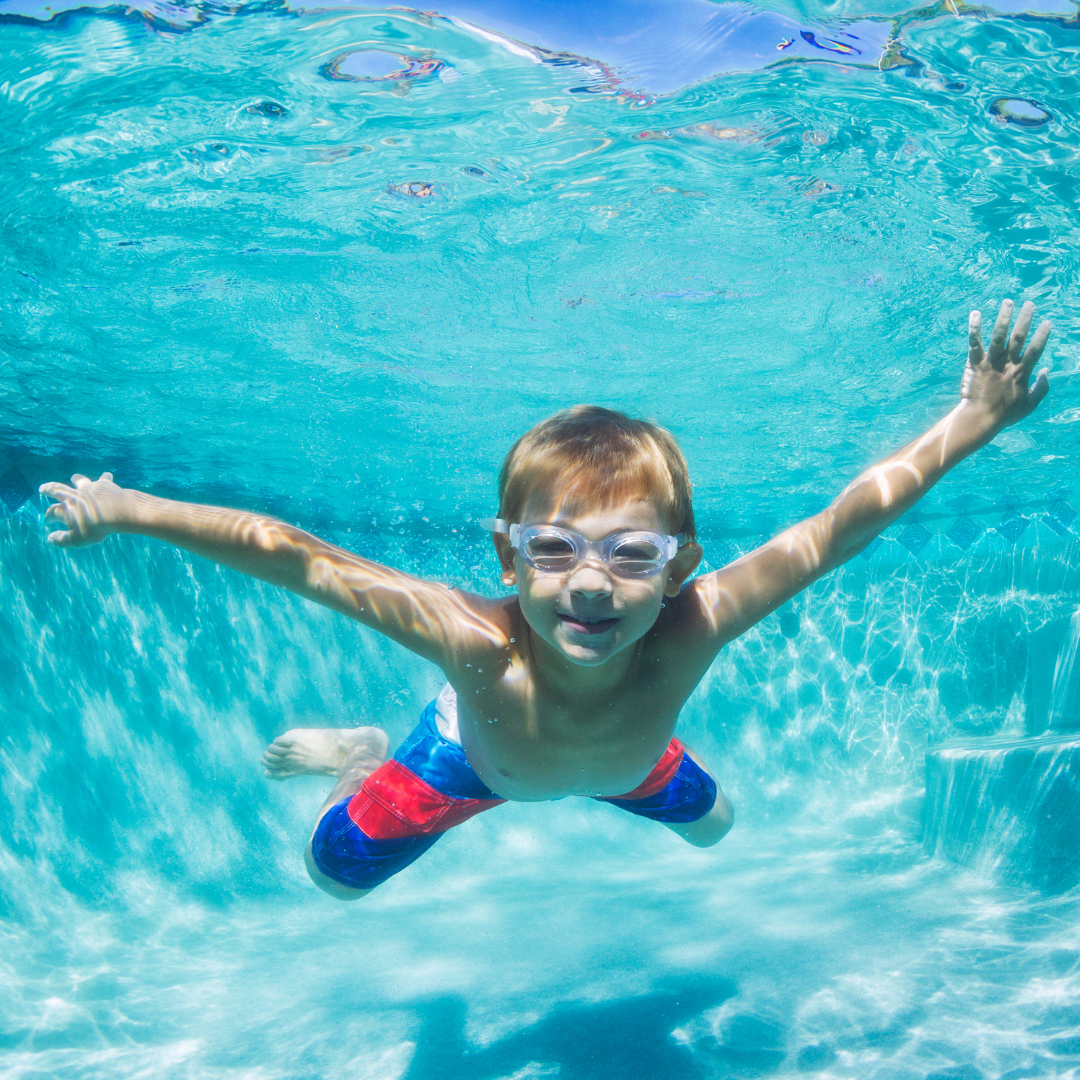 Is it dangerous to swim with an ear infection?

Summer is here, temperatures are rising, and kids want to get outside and cool off. It can be crushing for your little ones if they have to miss out on the chance to go swimming because of an ear infection. But do they have to stay out of the water? In this month’s blog, we explore the differences between swimmer’s ear and a middle ear infection and discuss whether it is safe to go back into the water.

Swimmer’s Ear
Also known as otitis externa, swimmer’s ear is an infection of the outer ear, commonly caused by excess moisture remaining in the ear, which enables bacteria to grow. The bacteria that causes this type of infection can also grow in scratches to the ear canal lining (such as an abrasion caused by inserting something into the ear, like a cotton swab).

Symptoms range from itching in the ear canal, discharge, and mild discomfort that can be felt when the outer ear is touched, to muffled hearing in more moderate cases or even severe pain, blockage of the ear canal, and fever in advanced cases. Typically, swimmer’s ear is treated first with a thorough cleaning. The Mayo Clinic notes that “cleaning your outer ear canal is necessary to help ear drops flow to all infected areas. Your doctor will use a suction device or ear curette to clean away discharge, clumps of earwax, flaky skin and other debris.” Then, ear drops are used to clear up the infection, plus over-the-counter pain relievers, as needed.

In order to prevent swimmer’s ear, healthcare providers recommend keeping as much moisture out of the ear canal as possible. Dry your children’s ears thoroughly after bathing and swimming by wiping the outer ear gently with a soft washcloth. We’ve all probably detected that sloshy feeling in the ears after (or during) a swim. You can help drain water from the ear canal by tipping your head to the side to let it run out. You can also use a blow dryer on its lowest setting – but be sure to hold it at least a foot away from the ear. For those who swim regularly, it is also recommended to wear a tight-fitting swim cap that covers the ears, to keep as much water out as possible.

Swimmer’s ear is easily treatable and should be addressed quickly when symptoms emerge. If left untreated, complications include temporary hearing loss or more chronic, widespread infection. Because swimming is the most prominent risk factor – especially swimming in water prone to high bacteria levels – anyone diagnosed with swimmer’s ear should stay out of the water until the infection clears up. This means no swimming or scuba diving, and even protecting your ear from water in the bath or shower is recommended.

Symptoms of a middle ear infection usually appear rapidly, and include fever, fluid draining from the ear, headache, and even loss of appetite. Behaviors that indicate your child might have an ear infection include tugging at the ear, out-of-the-ordinary crying or fussiness, trouble sleeping, or not reacting to sounds.

While most middle ear infections clear up on their own, it is important to contact your pediatrician if symptoms persist more than 24 hours, to monitor progression and determine if antibiotics are needed.

The good news for parents and kids eager to get to the pool is that even with a middle ear infection, swimming is not out of the question. You do still want to dry the ears thoroughly to avoid the risk of an additional infection on top of otitis media, but water from the pool will not typically exacerbate an infection in the middle ear.

Recap:
Swimmer’s ear and middle ear infections are two different beasts. The CDC notes that an easy way to tell them apart is the presence of pain in the outer ear: “If you can wiggle the outer ear without pain or discomfort then your ear condition is probably not swimmer’s ear.”

Once diagnosed, can we go swimming?

So give that ear a tug, and if it wiggles without pain, you can enjoy a refreshing dip in the pool!