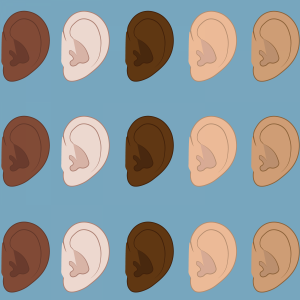 PhotoniCare, which developed at the University’s Beckman Institute for Advanced Science and Technology,  was announced as the winner of the 2018 SPIE Startup Challenge on Jan. 31, in San Francisco, California.

Ear infections affect 4 out of 5 children. PhotoniCare has created the first non-invasive method to accurately diagnose them.

As winner of the best pitch, PhotoniCare was awarded a $10,000 cash prize in addition to a week-long entrepreneur bootcamp training, numerous promotion opportunities and reimbursement for travel expenses, according to an article from PhotoniCare’s official website titled, “PhotoniCare Wins First Place in 2018 SPIE Startup Challenge.”

PhotoniCare developed the first-ever portable device with the ability to capture images of the middle ear. This tool may have the power to revolutionize the diagnosis and treatment of ear infections, which affect more than 90 percent of children.

“We think what we’re doing is really going to change the way that ear infections are diagnosed, monitored and treated,” said Stephen Boppart, head of the Biophotonics Imaging Laboratory at the Beckman Institute, whose research focuses on Biomedical Imaging, Bioengineering and Acoustics.

The SPIE Startup Challenge is held annually at Photonics West, the world’s most comprehensive technical conference and exhibition spanning biophotonics for brain research and healthcare, lasers for research and advanced manufacturing, sensors and camera systems, imagining and displays and more.

The team also received a $5 million grant from the National Institutes of Health eight years ago, which has allowed them to develop such sophisticated tools.

Shelton, Boppart and Ryan Nolan, co-founder and director of clinical development, lead the development, which has been an ongoing project for about a decade.

Both Shelton and Nolan said ear infections have significantly affected the health of their children. This inspired them to improve the diagnostic techniques, management and treatment of ear infections.

Doctors are frequently forced to make evaluations based on limited information. Misdiagnosis is common, leading to poor decisions about antibiotic prescription and surgery.

Current diagnostic techniques for ear infections are unreliable and often inaccurate, which has caused ear infections to become the most over-prescribed disease in the nation, said Boppart.

“The problem is, ear infections form in the middle ear, behind the eardrum, which is like tissue paper in terms of its transparency; when you hold up a piece of tissue paper, you can only see so much through it,” Boppart said.

Otoscopes, which are a combination of a light and a magnifying glass, can only see the surface of the eardrum, not what’s going on behind it. The middle ear is where the disease resides.

“Our device sends light into the ear and collects reflections of  light that come back. We can build an image from those reflections. The light we use can penetrate through the tympanic membrane, and reach the middle ear,” Boppart said.

Through the advanced imaging system, the team has also discovered a biofilm in the ear, which is a sticky, adherent substance that can trap bacteria. According to Boppart, standard ear infection antibiotics do not kill these bacteria, so they can continue to develop resistance to it. In this case a surgery is the best option for recovery.

“This is the first time that this biofilm has been visible non-invasively. In the past, it was only visible through a surgical procedure,” Boppart said. “With our device, doctors will be able to determine how established the ear infection really is, by also looking at the biofilm.”

According to Boppart, about 7 percent of children will have this surgery; with this device, that percentage may drop because the information collected from the images will be enough to decide whether surgery or an antibiotic is needed to treat the ear infection.

“Although tube surgery is a great procedure, it often takes a year or more to reach the intervention. During this time, the child’s hearing is affected, impacting the child’s learning abilities and development,” Shelton said. “We’re really trying to streamline that process with better diagnosis.”

This surgery is the No. 1 surgery children endure under anesthesia, which is often risky, so PhotoniCare may help more health complications than expected.

At the Beckman Institute, Boppart and his team developed early prototypes of this device, which was originally about the size of a mini refrigerator, attached to a probe that looks like an otoscope, but with a camera. The system PhotoniCare has built is a smaller, simpler and cheaper version of this.

“Our device is about the size of a small briefcase. It is portable and can also hang on a wall,” Nolan said.

Shelton and Nolan are located at Enterprise Works in Research Park at the University and are in the process of fully commercializing their product. Shelton, a postdoctoral researcher, and Nolan, an imaging specialist, worked with Boppart in his lab before deciding to begin a startup company with the device.

PhotoniCare is near the end of its development and is expecting to have the product on the market by the beginning of 2019, said Nolan.